150 years ago when chlorine was first introduced as a water disinfectant, it was the only choice for treating drinking water.

Today there are many more options available for disinfecting water: ozone, hydrogen peroxide, chlorine dioxide, potassium monoperoxysulfate (KMPS) - each of these chemicals is a  disinfectant of a different strength, suitable for different applications. They are all effective for water disinfection, and avoid some of the negatives/complications associated with the use of chlorine. 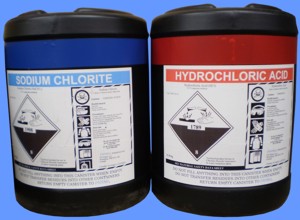 Chlorine dioxide (ClO2)  has quite different  properties than chlorine (Cl2).  Chlorine dioxide is used as an advanced disinfectant for water and waste water treatment, as well as for disinfection of swimming pools. Unlike chlorine, it does not produce carcinogenic chlorinated organic compounds as a by-product of the disinfection process. For drinking water applications, chlorine dioxide technology has operational advantages over UV disinfection and standard chlorination, while operating at a comparable cost level. Chlorine dioxide has a long lasting disinfection effect through the residual concentration – something that neither chlorine, ozone, nor UV can provide. 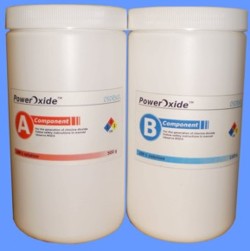 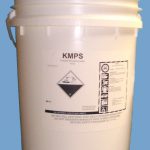 KMPS, potassium monoperoxysulfate (the “K” comes from “kalium”, the Latin word for potassium) in its stable form is a triple salt and a highly active oxidant. KMPS powder has a wide range of applications from shock oxidation/disinfection of drinking water and waste water lagoons prior to discharge, to super-disinfection of swimming pools, and rapid sanitation of water reservoirs (dugouts) for small communities. KMPS can be used together with sodium or calcium hypochlorite. KMPS is ANSI60 certified for application in drinking water. 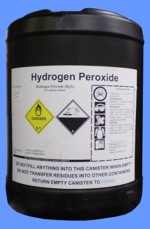 Hydrogen peroxide (perhaps best  known for its use in hair bleach) is used for water treatment as a very strong oxidant and as a slowly acting but strong disinfectant. The oxidation potential of hydrogen peroxide even exceeds that of potassium permanganate. It is most beneficial for oxidizing organic matter in raw water, enabling its easy removal through flocculation. Hydrogen peroxide can be used in treatment processes together with chlorine dioxide (but not with chlorine or hypochlorite).

Stabilized Sulphur Dioxide (also referred to as bisulfite bleach, sodium hydrogen sulfite or sodium bifulfite) is one of the few reducing disinfectants.  It is a colourless solution with the distinct smell of sulfur dioxide. Bisulfate bleach is commonly used to reduce residual chlorine in chlorinated drinking water and waste water prior to discharge.  It can also be used to prevent oxidative corrosion.

Please visit Osorno Store if you would like to purchase Stabilized Sulphur Dioxide Solution. 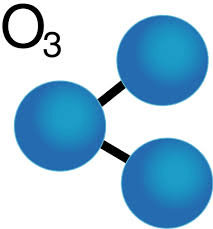