Other members of our leading group include Mr. Maxim Koznechov, B.Eng, and Vladimir Puzhevich, MSc.

Dr. Irena is the President and CTO of Osorno Enterprises.

She previously served as the Assistant to the Chief Scientist of BioDigestor Technologies of Canada, Inc.

She has served for many years on the board of directors of the International Society of Environmental Microbiology, Micropaleontology, and Meiobenthology. 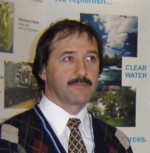 Victor Motnenko, MSc, is the Technical and Maintenance Manager of Osorno.

He started in Osorno as an Installation and Maintenance Specialist and was recently promoted to his current position.