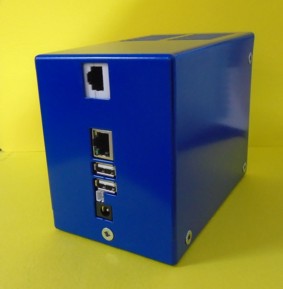 Osorno developed SecureWall™ to provide superior protection from internet intruders.  Unlike an ordinary firewall, SecureWall™ has features that go well beyond the address translation of its less sophisticated competitors. By default, all ports are closed and require access through the "tunnel" of a secure connection. Key features include:

SecureWall™ version 3 is shown in the picture (left).